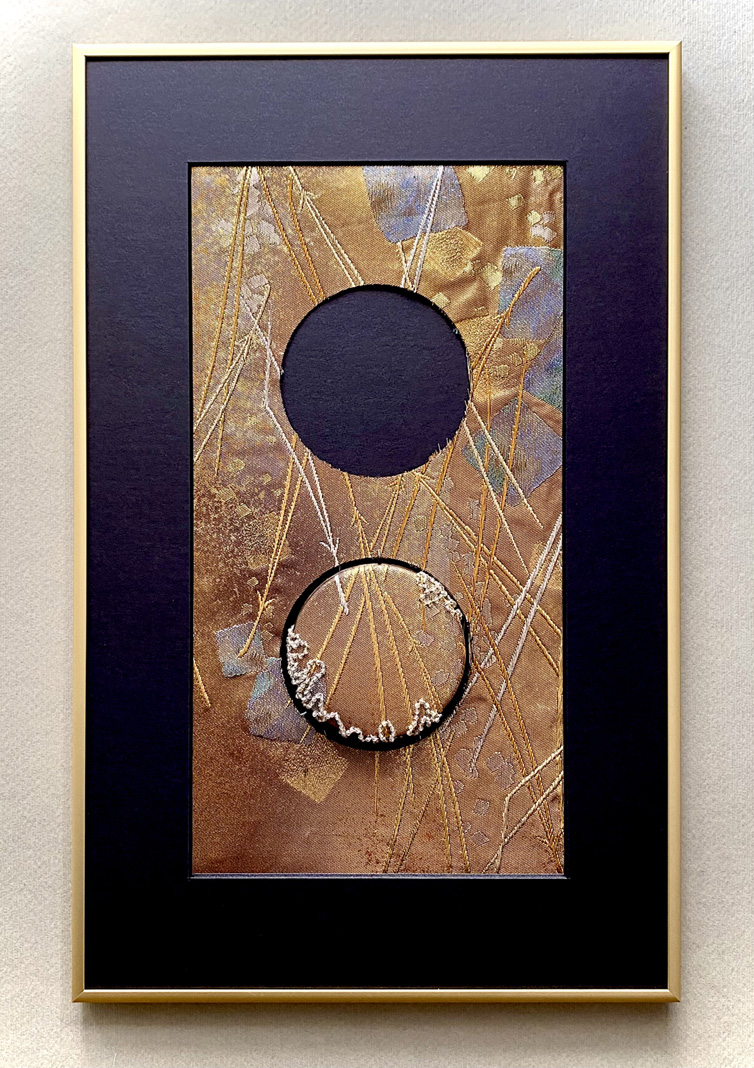 In the second exhibition in PLATINA’s new space at Tegnergatan 4, we welcome two Japanese born artists, Mari Ishikawa and Fumiki Taguchi.  In the exhibition Ephemeral the artists have captured invisible emotions. They focus to express the elusive ephemeral itself, such as a momentary scene and an indescribable sensation. Both their work contains material and empty space. The Japanese term ma refers to negative space and the artistic interpretation of empty space, holding as much importance as the rest of the piece. The surroundings, the wearer and the context are important for the works. The term is also used for describing time.

Mari Ishikawa says that we can’t see anything unless we try. Discovery begins with the sense of sight. Jewellery could be expressed with the person who wears it as a borrowing scenery, (SHAKKEI in Japanese) alternatively, the jewelry could be the borrowing scenery of the person. The pattern of a KIMONO is likened to “Borrowed Scenery”, and new landscapes are drawn in various neckpieces.

Fumiki Taguchi’s work shown in the exhibition, expresses the artist perceptions of time, the sensations and emotions hidden in ephemeral memories. Fading moments are visualized by layers of silver and coloured silver powder. The jewellery is skilfully made with ornaments framing figures and the surfaces fragmented as if they were dissolved.

Mari Ishikawa was born in 1964 in Kyoto, Japan. She lives and works in Munich, Germany. From 2020 she is Visiting Professor at Kobe Design University in Japan. Her work can be seen in exhibitions and collections around the world. The artist has received several prizes as for example Hebert Hofmann Prize in Munich, Germany.

Fumiki Taguchi was born in 1977 in Ibaraki-ken, Japan and lives and works in Kobe as Associate Professor at Kobe Design University. He is exhibiting worldwide and has received several prizes as for example also the prestigious Hebert Hofmann Prize in Munich, Germany.